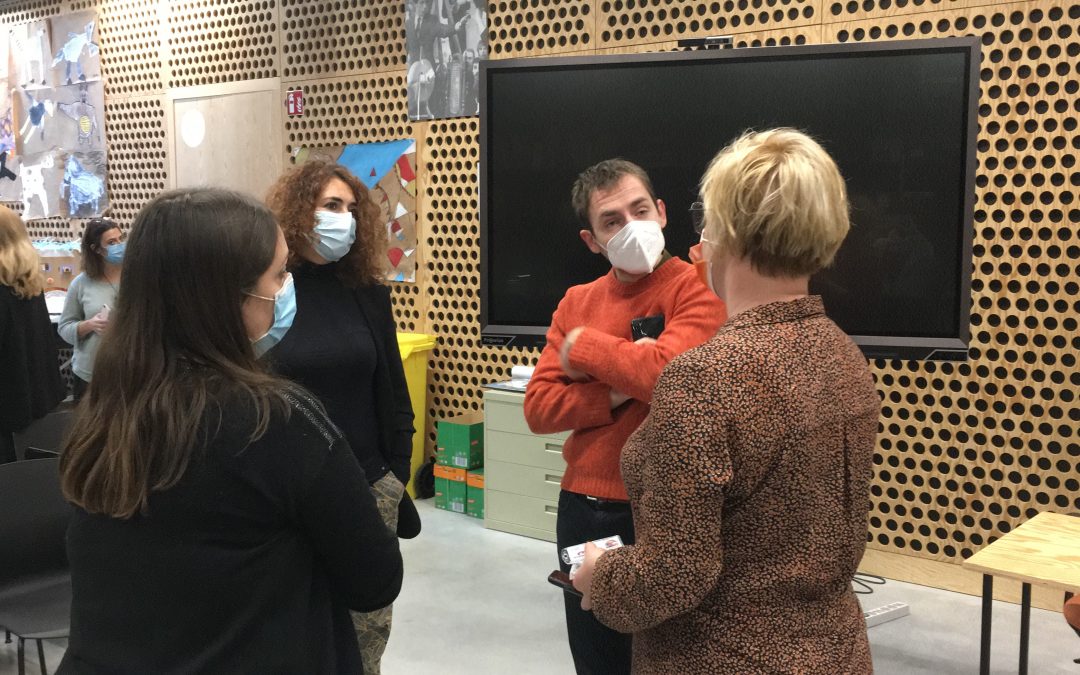 The launch of the “Community Living Labs” focused much of the work of the group of the Communities for Sciences (C4S) – Towards Promoting an Inclusive Approach in Science Education” project researchers during the General Assembly of its consortium, held in Brussels on 17th and 18th November 2021. Community living labs are pilot tests that different project organizations promote in their local environment with the aim of using science as an integrative tool for people from communities at risk of vulnerability. Participants took advantage of the international meeting to agree on issues such as tools for collecting data from research fieldwork, compliance with ethical and legal requirements, communication of results, the real impact of inclusive science initiatives at the local level, critical self-questioning, and the review of one’s own practices and institutional roles to consistently promote the values of inclusion or coordination between different initiatives.

The Kanal campus of the ErasmusHogeschool Brussels hosted the assembly, which was held in the space of the “Wonderlab”, a science laboratory of the Belgian university specifically designed for the training of future teachers and educators in the teaching of science in the early ages. This is a facility like that managed by other institutions involved in the project, such as Lab 0_6, located on the Manresa campus of UVic-UCC, the Giocheria in the Italian municipality of Sesto San Giovanni or Galileo Progetti Kft.
The science spaces managed by the entities participating in the C4S share the desire to encourage a positive experience of science among children aged 0 to 16 and to entrust them with the habit of asking questions about the environment, raise hypotheses to answer them and test them from direct experimentation with materials and natural phenomena. In all cases, they go beyond strictly academic work and carry out activities specifically aimed at groups of schoolchildren and, in some cases, also children accompanied by their families, in a balanced combination of research, university teaching and pedagogical practice.

The C4S project allows these science laboratories, linked or not to university institutions, to consolidate their role as spaces for research on inclusive science education. In addition, the collaboration within the framework of the European Horizon 2020 program allows them to generate positive synergies with universities that train teachers and educators and/or that have research groups in Education in different European countries. It is hoped that this joint work will lead to conclusions and guidelines for a more inclusive science education to be incorporated both into an academic plan by universities and, from an organizational and strategic point of view, by the technical and political leaders of the public authorities. It is also a goal of the project to mobilize communities at risk of being vulnerable so that they can actively participate, while making visible their contribution to the scientific community.

In October 2020, C4S began its work and is expected to last until September 2023. During the first months, it has organized meetings, workshops, and online training days, both aimed at its members and open to educators interested in inclusive science education as well as interviews with experts of diverse profiles in science and opinion articles or analysis for different media. He has also carried out a thorough review of the scientific literature and of existing children’s books on the subject, as a prelude to local experiences or Community Living Labs that should become the groundwork for the fieldwork of shared research.